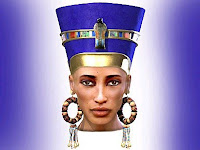 The movie Black Panther has opened a lot of discussions regarding our past and where we come from. I was asked to answer the question:

Did you come from Africa (Came here via slave ship), or were you already in the Americas (American Moors), or both?

With great pleasure, I am hereby sharing my findings 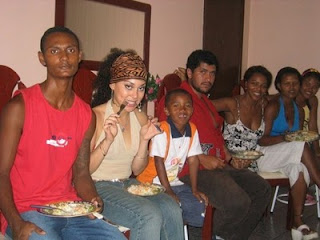 I am very proud of my mix. I like to say, I give you the right to call me colored, because I am a rainbow. My maternal great-grand-mother was a Botocudo Indio from the Amazon (the ones that protect the Boto dolphins aka pink dolphins and became famous for their cannibalism. They used to eat their defeated enemies) and my great-grand-father was one of the African slaves and from my researches, Bantu. They were slaves in Brazil under the Alves family. I remember my grandmother having very dark skin and straight black hair. My mom's dad is black, probably also of Bantu origins. 40% of African slaves were shipped to Brazil and sold all over the American continent (as in North, Central and South). We could all be related. 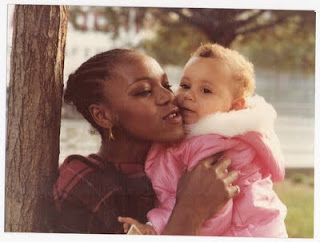 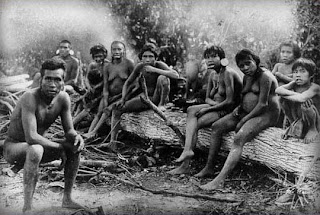 I was born in Italy, but do not know my biological father. Doing my research on the name, it seems as if my paternal family has been at the same place, Napoli in Italy, since the time of the Roman Empire and did not mix much. So that side is very Mediterranean. I have not done any DNA tasting, but I am pretty sure, I would find some Greek and/or even Egyptian. I am very proud of having DNA from at least 3 continents and can feel my ancestors high expectations. Being raised catholic, I always had a rebellious nature towards the religion, because it forgets to praise the Earth. Ever since I was little, I would explain that I believed in God, but not the biblical image we created. We could not be created in his image, because we need the oxygen created by trees and plants. Earth is alive and created in God's image, always growing, creating, nourishing.

Now in regards to the topic of keeping race pure, I have a reality check for you: Mixed people are smarter, healthier, faster and stronger. I am not saying this out of my ass, but it has been researched. There is no need to give you a source, just google it. God does not want us to stay separated. We are made to mingle!