Lyrics by Venus Leone
Music by Pocket Honore and Cameron Graves
Vers 1:
Times of disaster define my poetry
Will I ever get out of it?

Doctor said I've got anxiety.
The only cure might kill a passion I used to dream off.
Pardon me?!
Chose between love or pain!
They say that’s how life goes.
I wanna jump high, reach a higher might though.
"So, you’re a fool!"
Oh that’s right! This is why I am here tonight.

Hook:
Oh ocean over the sky
There is a place where I belong
Leaving it all behind
To go where I can be strong

Vers 2:
My broken soul looking into eyes made of a divine idea.
How can I explain my dear?
When you stand like a unicorn, will you understand my fear of misunderstanding words
Pardon me!
My purpose, my dream come true…
Personified in you.
That's right... yeah!

Hook:
Oh ocean over the sky
There is a place where I belong
Leaving it all behind
To go where I can be strong

Raindance Feel the PainDance with the Rain Print by goddessimage
Get the poster online at Zazzle.
History:
December 2007, Pocket Honore and Cameron Graves came to watch me perform with the Invisible People at the world famous Whiskey A-GoGo on Sunset Boulevard in West Hollywood, CA. He liked my performance and offered to come by his studio at any time to record a project, and I embraced the opportunity. If I remember correctly, Cornbread was written and recorded in the same night with the intention of shopping for a record deal. None of us was a sound engineer at the time, so the mix came out as good as it got. When I performed Cornbread on stage people loved it, but times were changing. Good record deals were and still are really difficult to find. I got tired of waiting for better days and released the rough cut version of Cornbread on my album eYe.Prophecy with other 17 songs that were done before I studied the art of audio engineering.

Art has never been perfect. Only mainstream sells "perfection", which means "fake". Everywhere we turn there are perfectly looking people on billboards, TV shows and movies. Everything is over treated, corrected, designed, edited, brushed, auto-tuned and recreated. Corporations pay millions for analysis and focus groups to find out what to feed the masses. So, I decided to swim against the stream and break the rules and show the underground, the raw and unpolished on my first release.

Cornbread is a very personal introduction. I don't wear fake nails, lashes or hair. My A cup bra is still too big and my size is average. Sometimes I sing flat, other times I come in sharp. I am not perfect and do not intend to sell a lie. Without music, dance, poetry or painting my life would not be worth living and I hope that releasing my art may inspire another kid to get up and do something to bring change instead of feeling helpless. I hope I can pay forward what other artists did and still do for me: Help me live.

Why Cornbread?
It was the name of the beat Pocket pulled up before he layered it with his multiple guitars. He just randomly named it Cornbread because he is from the south and it was the first thing that came to his mind. To me, it is something I tried for the first time when I traveled to the US in 2006 (Lyrics: "Leaving it all behind"). Before then I had never tried cornbread and since I never liked anything made of corn, I didn't think, that I would love it so much. It is also something that is typical in the African-American culture and being mixed, I felt like being introduced to something that connects me to my roots (Lyrics; "There is a place where I belong"). I never thought I would love my life either, and it is a random enough name for people to remember, so I kept it.

OR get a 10% discount and get the eYe.Prophecy album on CD baby 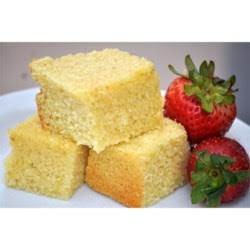