9/11 DREAM: THE DATE WE STOP HATE AND NEVER FORGET HOW WE DID IT

Throughout history there has been a "ruler" persecuting a religion and it's people. Educate yourself! If you are christian, read the Koran (It talks a lot and very good about Jesus), if you are Muslim why not read the Torah and you will see we are all one. Hate is just a way for those individuals to stay in power making profit of people's sorrow. Every time a war started, it was with the excuse of a religious extremest act and that we have to go after their people. All propaganda to create hate and profit off the war.

We have been in World War 3 ever since 9/11/2001. Back in the days it was about: "Who is to blame for our misery"; today is about who has the weapons of mass-destruction and the power over people. History repeats itself over and over until we decide to take the example of our messengers: Jesus, Buddha, Moses, Muhammad, ... , all preached LOVE so why would their people start a war in their names???

Politically speaking it's because of our disinterest. We believe that our hands are tight and look away... until it is going to be too late. We all believe in the same God and even if we didn't, the message is the same. Spend some time with someone who is not of the same religion as you and you will realize how equal we are.

The day you believe that your brother would never harm you. The day you will not take the order of execution. The day you will make the choice of dropping the weapons and stop believing in lies is going to be the day we fought for peace by hugging each other. Don't get it twisted: We all come from the same earth, the same dirt! If you don't trust in your nature, you don't trust in God therefor you will keep believing that we have to fight each other until we are all dead.
LET US USE THIS DATE TO STOP HATE AND NEVER FORGET HOW WE DID IT! 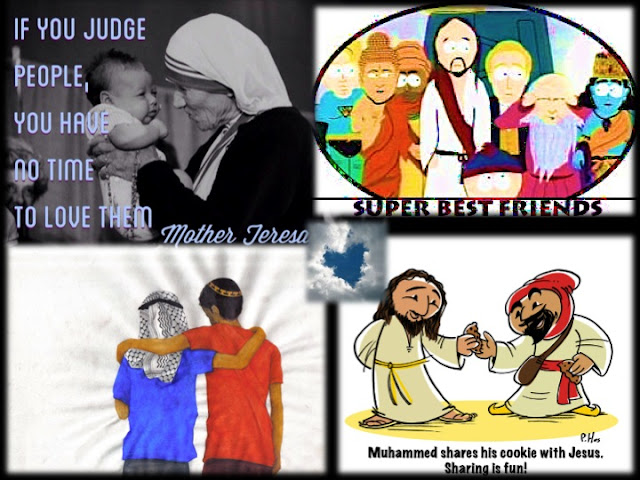