The right meditation puts your mind in your heart's path and cures anxiety.

Having the privilege of being human, we forget that everything on Earth and in the universe is alive and conscious. We may have brains to create and calculate master plans but don't get it twisted, the main master is too big for our minds to bare. You can call all this whatever you want giving it different titles, truth is: We are attached to this planet. There is no up or down in space and we live on a round surface with no edges. Gravity is a push and pull of the elements. We all carry iron and other magnetic elements that make out all the masses of Earth. What pushes us on the ground is the same thing we breath: Air!

Earth's atmosphere is pressing against each square inch of you with a force of 1 kilogram per square centimeter (14.7 pounds per square inch). The force on 1,000 square centimeters (a little larger than a square foot) is about a ton! The air inside our body balances out the pressure outside so you stay nice and firm and not squishy.

It is imperative for our future to understand that intelligence comes with a responsibility. We can observe animal instinct, learn from it and make out our own rules but our nature already has a law that is engraved in every DNA.

I think it is the most fascinating thing of our existence, in the time that we are in, to know by science that everything inside looks just like what we see on the outside. Therefor there is no up or down neither inside of us. Amazing!

Now when we get in the middle of science and religion is when it gets even more interesting. Wonder how did they know all this "sheat" 6000 years ago? I see how the human mind is influenced by wishful thinking instead of instinct, but why would earth create us with such a destructive nature and not snatch us out of it's surface? Why would we evolve into such smart creatures if we did not have a bigger purpose in the Universe? What makes this planet so much better than the other 12 (yes 12, a total of 13 not 9,  since 2005 we have discovered 4 dwarf planets: Ceres, Haumea, Makemake, and what turned the definition of a planet upside down; Eris). 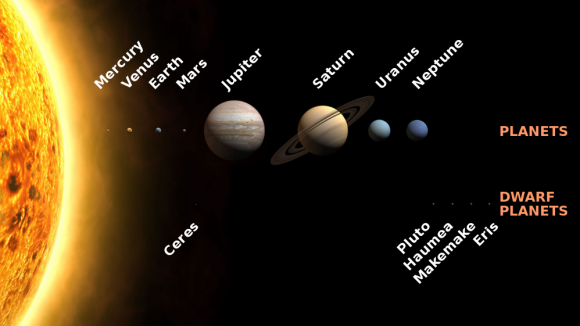 And by the way, do you realize how huge the Sun is? You may think of it as just a ball of fire, but let your brain digest this question real quick: What is fire and what makes it burn?

Astronomers who have studied the composition of the sun have cataloged 67 chemical elements in the sun. There may be more, but in amounts too small for instruments to detect. Here is a table of the 10 most common elements in the sun:

Basically, the sun may look like fire but what it is, it's a big round living body of energy full of all the elements that make us and Earth one. Because of other planets being too close or too far, we on earth believe after long researches that they do not have massive organisms walking, crawling or swimming around. I chose the verb "believe" and not "know" obviously for a reason.

So why am I sitting here writing all this? Because I am tired of the status quo and truly believe I am not alone. The Mayan calendar showed us that there was an end of an era in 2012 and Astrology suggests that we have started the time of Aquarius, which is the first of the zodiac and begins a new cycle. Don't you think it is time to put the weapons down? To stop searching for enemies and start looking for the beauty inside? Don't you think it is time for us to love nature and it's evolutionary creation becoming one with it? Stop trying to look for God outside of the box. Energy can not be created neither destroyed, it can only be changed and manipulated.

The human body creates 37°C /98°F of energy every day that 85% of population just wastes, most of the rest is involved in personal enrichment and maybe 1 % tries to live a better life by helping others and fixing what 99% of the rest of mankind destroyed.

Time to turn these numbers upside down don't you think? So what are we going to do about time.  I am so glad that there are people like Philip Zimbardo who actually make a difference in the world with their philosophies and researches. Here is an interesting TED talk by him about Time:

At last we have a phenomenon called MUSIC and here is my opportunity to explain to my mother, why I do what I do and chose to follow my calling. Music is an art form whose medium is sound and silence. It's common elements are pitch, rhythm, dynamics and sonic qualities of timbre and texture.

Music is a different medium of time, space and communication. The harmony of the sphere once set free is metaphysically alive just like everything else naturally created in the Universe and has helped our species endure and survive throughout time...
This girl is hilarious, so here is one more of her videos that explains everything... Thank you for reading ;)